Whatever Suits... - The blog for PRSA's Counselors Academy executive committee and a forum for CA members to share ideas, read best practices, comment about the public relations industry and learn from each other. Enjoy! 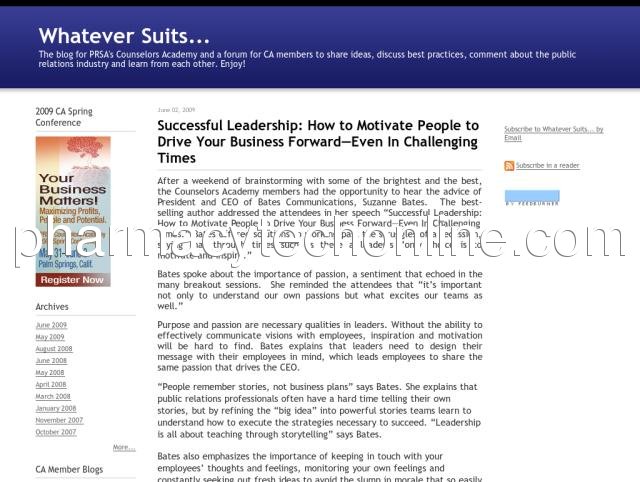