Back Pain Home Page - Back pain can range from a dull, constant ache to a sudden, sharp pain that leaves you incapacitated. This eMedTV resource explores the causes of back pain and provides information about treatment options and current areas of research. 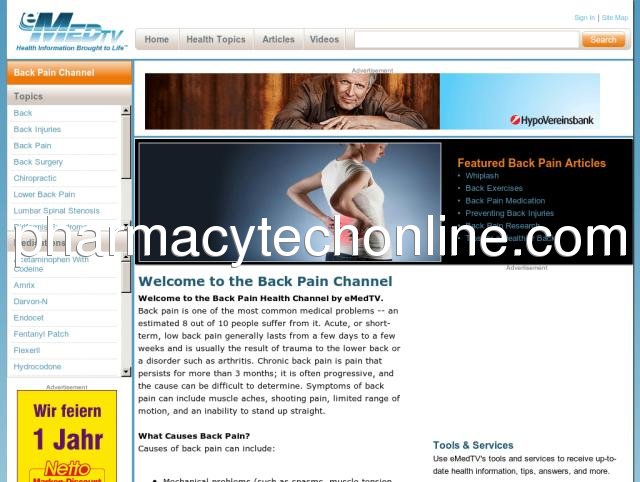