Alyson G. Young, Ph.D. - I am an applied biocultural and nutritional anthropologist interested in socioecological determinants of health and human rights, perceptions of environmental risk and resource security, gender and human nutrition. Much of my work is dedicated to using anthropological research to strengthen evidence-based approaches in global health and development  practice. I base much of my research in… 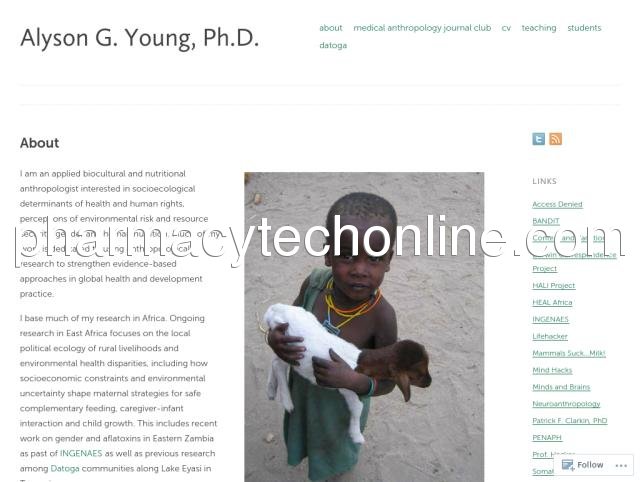